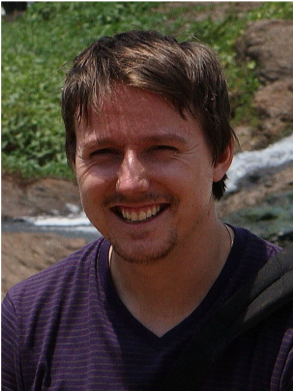 WISE-FASS is a deterministic model that predicts how fire spreads in terrain based on spatial and temporal variations in topography, vegetation and weather. It constitutes a forecasting tool that assists personell at authorities and rescue service officials in the difficult process to coordinate fire extinguishing resources during wildfire events. That in turn simplifies the task of rescue services to protect life, property and the environment.

MSc student in Geographical Information Science (GIS) with a 2 years degree in fire, rescue and safety work, working experience of firefighting, and a BSc degree in physical geography. I am passionated about wildlife and nature, a natural disasters geek, and I am convinced human activities are the main cause to the accelerated climate change. Occasionally I work as a professional photographer. In my free time I learn programming, especially Python, and enjoys physical activities.

What will you do during these three months? How will you spend the time?
The model I am building relies on data (i.e. terrain, vegetation, weather) that often are provided by governmental authorities. Therefore, networking with authorities is a must throughout the project. Authority involvement is good in an initial phase because it allows ’marketing’ of the model. The remaining time is allocated for gathering of information regarding fire behaviour in terrain, drafting of model operation, technology testing and coding. Networking and model creation are performed simultaneously.

As a bare minimum, I expect to have a draft of a basic model for fire spread simulation. I will know if Swedish authorities have an interest in using the service/model, and how much time it will take to finalize an operational model. In addition, I aim to have built a model for fire spread simulation in simpler terrain (e.g. grasslands) that can be tested in pilot studies next summer.

Tell us what you have done on your projects so far during the Leapfrogs time:

So far, I have made great progress with the development of the fire spread model/application. Most of the foundation of the application is built and I have done quite a lot of work on the spread module. Because of this great progress, I had to create or prepare three data sets that are required in order to test the model during the development. Also, I have got in touch with personel at several Swedish authorities whom have showed interest in the model.

Everything have proceeded according to the plan. In fact, most parts have been easier than I expected. For example, I did not expect to do much programming during the summer but I have already built a solid foundation for the model, and I have begun creating its spread module. Also, the communication with Swedish authorities has worked out well despite the holiday season. I have made several great contacts. Normally it is difficult getting in touch with Swedish autorities during the summer months.

In the coming weeks I will continue developing the model. When the spread module is ready, I will start implementing the fire spread equations. This will probably be in one or two weeks from now. This means that I may be able to do simple simulations by the beginning of August, one month before I had originally planned. Depending on the progress, I might put together a simple web interface that can be used to initiate the model and to show case its functionality.

The Leapfrogs time was a big game changer for me and the project. I could focus solely on the development of the system without being disturbed by other to-does. I managed to get a first version of the system to work which means it is much easier to continue the development and to apply for additional funding. The only downside was that the three months passed too quickly!

Most of the Leapfrogs time was spent on programming. Thus, this constitutes the answer to both of these questions. Programming is a lot about failing, constantly, which is hard. However, the toughest part was to change between the different languages of which WISE-FASS is built. In contrast, when I managed to solve some difficult problems and the code did as I expected, then I experienced a lot of joy that encouraged me to continue.

I have achieved more than what I had originally planned. A first version of the model has been built that can simulate fire spread in two dimensions. I will present the application for Swedish authorities in a few weeks at a workshop arranged by SMHI. In spring 2019 I will continue working on it as my master thesis work. Hopefully, I can find additional funding to allow further development of the model after this.

To have a detailed plan with a clear goal. This helps to stay focused. I was good on planning before the Leapfrogs time but it has improved when working full time with a project that required a lot of programming. Another insight, though not entirely new, is that I need to find one or more team mates. Building such an application alone is tough. Especially since I do not have much experience of programming.

I really like the phrasing "put yourself in your customers shoes" because I think you do not fully understand your idea until you have done that. So, a recommendation is to educate yourself in your idea. Also, make sure to have a well worked out plan with a clearly defined goal. That increases your chances to success.