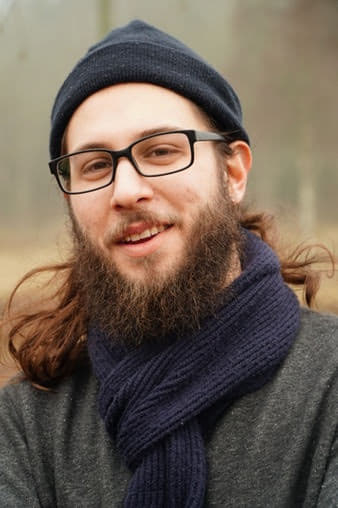 Thankful is a open-source browser plugin which enables you to keep track of the content you consume and to give the creators of that content your direct support in the form of cryptocurrency. We (Superuser Labs) participated in Leapfrogs last year, so this year we’re going to, more or less, pick up where we left off.

I’m a computer engineering student at LTH and a software developer who recently got involved in the Thankful project through friends. I have professional experience as a software developer as well as doing it as a hobby for over 10 years. This is my first time working with a startup and on a cryptocurrency application.

We’re going to be putting the finishing touches on our MVP and from there, keep on adding features and improving the product. Beyond the product itself, we want to place a greater emphasis on establishing cohesive design and branding for Thankful, as well as increasing our marketing efforts in order to expand our user base and increase adoption rate.

We expect to arrive at a product that we are proud of and we feel is user-ready. We’re hoping that with better design, smoother user experience and wider platform integration that we’ve produced something that people will want to use to easily support their favorite content creators.

During the summer we’ve completed our MVP and released it to the public. The work included overall improvements and bugfixes, better design, a registry for known creators and their addresses, automated some workflows, and major improvements to the website and documentation.

We launched on ProductHunt in early August, which went alright but not spectacular (partly due to some mistakes on our part). We’re now in the process of figuring out which features are most valuable so we can make it more attractive to new users.

The development part has gone according to plan. We released a stable and functional MVP and now have a better foundation than ever to keep building on.

We didn’t get quite the attention we wanted from our ProductHunt launch (didn’t drive as much traffic to our website as we had hoped), and therefore had to come up with new plans to get initial publicity, as well as work on making it more appealing to potential new users.

Since we didn’t get the publicity we wanted out of our launch, we had to rethink how we market  ourselves and which features are truly appealing to users. In reality, this means we are moving ahead with mostly the same plan, but might jump ahead to build the features that are most differentiating/innovative and creates a unique value proposition for our users. Before we get ahead of ourselves though, we want to talk to more potential users and figure out what would truly excite them.

Time passed by quickly. We launched a beta version of the extension, and the project is more mature than last year. These past three months have allowed us to reach a solid ground in our project which makes us hopeful for future development.

Most enjoyable part of the work this summer was the programming, which resulted in the beta version of the extension that we finally launched. However, what we put significantly less time on was the marketing work, which caused the impact of the launch to be much smaller than we expected. So, the most difficult part I guess has been to find the right balance between programming work and other work.

Will you continue working on your project in the future? If so, what is your next step?

Yes. The next step is to build a solid user base who regularly use the product and then gradually expand the user base. This will require a lot of work with marketing and out-reach, whereas up until now the majority of the work on the project has been technical.

That the launch of a product is not one point in time. It needs to be a continuous process of out-reach such as establishing a presence on social media.

Do you have any tips to other new entrepreneurs?

The product you are building is never “ready”. It is better to launch the product and improve on the user feedback, than trying to build the perfect product before launching. Without the feedback, you don't really know what needs to be improved.