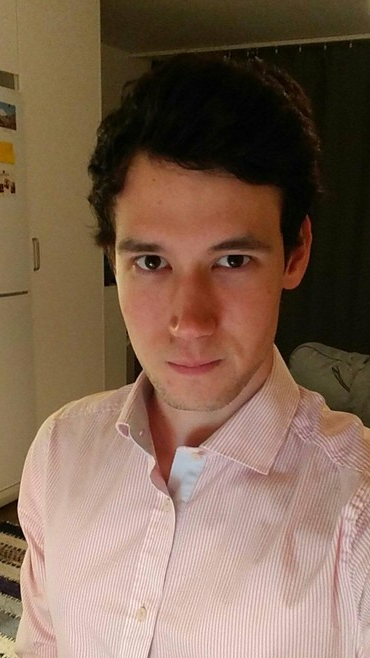 PassiveRail is an attempt to revolutionize the train transportation system by decreasing the cost of maglev infrastructure by a factor of around 50. Maglev is a highspeed train technology that levitate slightly above the track to reduce the friction and increase the efficency. Hyperloop is a famous example, but just like every other maglev system it is haunted with the problem of extremely high infrastructure costs (1-10billion SEK/km) which PassiveRail aims to decrease.

I just finished my B.Sc in Physics at Lund University, which to answer the question many people then ask: No it’s not Engineering Physics. My education has given me a good understanding of the world of technology. This combined with my interest in entrepreneurship birthed the project PassiveRail at the end of 2017. In March 2018 I got awarded ‘Lund University and Sparbanken Skåne’s award for future innovations’ for it.

The primary focus during these three months will be on the multitude of rigorous calculations to prove the concept.  Approximate calculations show that there is potential, however to find investment I need quantitative results to present. As secondary, I am planning on creating a webpage. Other than that, I am actively trying to expand network of contacts that can be of benefit in the continuation of my project in preparation of founding the company.

At the end of these three months I expect and hope to be, if not fully at least close to, ready to found the company and start hyping up the concept while seeking investment to build a prototype. I also expect to have learnt a lot in the process which I will take with me as I proceed in my entrepreneurial journey.

Tell us what you have done on your projects so far during the Leapfrogs time:

My partner and I have spent the time so far doing theoretical calculations of the power losses that occur due to different physical phenomena such as air resistance and rolling/magnetic resistance.  The models for the physical phenomena has allowed us to build a simple simulation tool which allows us to simulate journeys for conventional and maglev trains with different physical parameters and obtain values such as energy consumption, travel time, velocities, braking distances etc.

Things has both gone smoother and rougher than expected. The theoretical calculations have gone very smooth and in fact the simulation tool that we have created was not planned but popped out as by-product of the models for the physical phenomena. However, the cost of the infrastructure is much harder to estimate than thought as the numbers given in official reports are given as a bundle.

The original plan included building a website as well as starting with a physical prototype. This will however be secondary goals if the theoretical calculations are finished much earlier than expected. Instead the focus will be on finding the expertise needed to gain a precise estimate of the infrastructure cost. We are also learning COMSOL so that we can estimate the energy efficiency of the propulsion module.

These past three months have been very interesting, valuable, and fun! I’ve learnt more and evolved more as a person and entrepreneur than I would have hoped to have managed on my own. These three months have given me the foundation and skillset to continue working as an entrepreneur and has shown me that there is no other career path where I would fit any better.

The hardest part has been for me has been not to overwork myself. Since I’m doing this out of passion, my brain has trouble letting go of work when I finish for the day. But I think I managed well in the end! The most enjoyable part has been talking to many interesting persons. I’m an introvert but other visionary entrepreneurs managed to peek my interest.

I do think it has gone as you would expect with a project like this. I did have a plan in the beginning, but I never expected to follow it strictly since as things pan out you need to adapt. With that said, I will continue with my project, but these three months has also sparked a potential side-project that is somewhat connected to PassiveRail. More than that I cannot say at this moment.

People are very keen to help if you only dare to ask. If you are honest that you are not an expert at everything and that you’d like someone’s expertise, people can’t help but offer it.

Many ideas die because people don’t believe in themselves or doesn’t know how to proceed with them. This would have been the case for me if I didn’t contact LU Innovation. They helped me get my idea into something more tangible and gave me the tools to proceed. There are multiple innovation centres all over, for example LU Innovation, Ideon Innovation etc. If you have an idea contact an innovation centre for help!