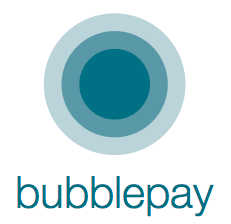 My name is Joel Oredsson and I work with a startup called Luckan. The idea that I’m working on during the summer is a side project to Luckan — with the working name bubblepay. We, Team Luckan, got the idea when thinking about other possible solutions for making life easier for customers and small to medium sized stores. Its also more growing than ever with mobile payments solutions!

My name is Joel Oredsson, I am 25 years old and studying Industrial Engineering and Management with a master in Business and Innovation (expected graduation: 2017). I have many passions in life — from playing competitive soccer for 18 years to listening to or watching musicals whenever I got the time! I started my first business when I was 15, selling homepages and posters, and later, during high school, started a company called GetUp! in Helsingborg.

Mostly I will be talking to potential customers and developing the product after their feedback, first in iOS. My first goal is to plan the summer, target some possible test users in Malmö and produce a first MVP. I will spend my time at MINC in Malmö together with Team Luckan. My hope is to work efficiently and follow the concept of Lean with an early MVP.

My main goal is to produce a MVP for iOS after an early launch for testing on TestFlight during the middle of July. My ambition is to work close potential customers — just as the case with Luckan where I can cooperate with several stores and collect feedback through for example focus groups. I hope to have a fully working product in the end of August that for example some food markets in Malmö can use.

It has been a lot to do lately! I’ve been doing research through talking to store owners in Lund, which has been both great and challenging. I have come to an agreement with a company that can provide me with technological experience. I have also made a lot of mock-ups for my different mobile views and the first BETA on iOS is just a week away!

So far so good! There are always, on a daily basis, new problems — challenges — that arise. But together with a great team and a encouraging surrounding at MINC they all, so far, have been manageable! After some experience from when working with the mobile app Luckan — I feel that the product development with Bubblepay has been a lot smoother. I guess this is mainly because that we have been working more structured all the way from concept to button color!

My main focus right now is to sign the agreement with the company mentioned above so that I can get started on finishing the BETA. While keeping my ears around my potential customer my focus is to finish the BETA and get at least one store to “test-use” it through Test Flight.  I will also focus on choosing a name and launch a first landing page with overall information.

The three months has been really exciting and after some interviews with both stores and consumers we now have a first prototype (for iOS) that we will start live-testning after finishing up an agreement with a partner.

I think that the hardest, and most enjoyable, part is to always prioritise, prioritise and prioritise. Every day start with a making of a new “todo”-list that then goes through a prioritise filter… You can always become better at this and I think that I’ve improved this skill during the last three month. Both from lessons with Leapfrogs and MINC were we’ve talked a lot about “release now”, MVP and so forth.

I think so! I wished that the programming could have gone a bit faster (I always wish this…) and that I could have made some more interview with consumers! I will absolutely continue my work with Bubblepay and hopefully it will become a part of Locals (former Luckan).

Never stop talking to your customers and listen to what they are saying – let them shape your product!

Start talking to possible customers directly – you don’t have to pitch your idea just get in their mind-set and start to understand them better. I really liked the tip form Hampus Jakobsson regarding to “The Mom Test” – see it!