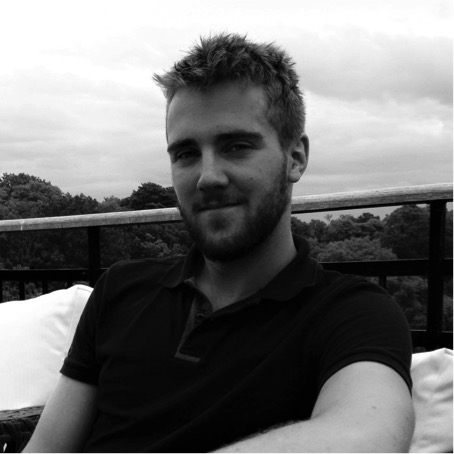 My name is Carl and together with two colleagues I work on Flashbuy, an application for selling all the small things that aren’t worth allot of money that we all have in drawers or boxes in the attic. I got the idea because I’m studying without loans and wanted a way to make money of all the small things laying around my apartment.

Today I study computer science and will start my third and last year after the summer. Before I began my studies I worked a few years in the Swedish Armed Forces. Besides from my studying and working I also enjoy being a badminton trainer for children in the local badminton club.

During these months the team and I will be working on fine tuning the application together with beta testers. I will also start looking for partners for example second-hand shops so that they also can sell products on Flashbuy. Furthermore, I will start by creating an action plan for the team so that everyone knows what to do during the summer.

It is my hope that at the end of leapfrogs we will have the application ready for launch for Android devices. We will also have a marketing strategy as well as found some local partners we can work with to put content in the application when it is launched.

So far I have created a newer version of the app with the latest features available to make is as stable and fast as possible, it also includes known bug fixes and a much improved user interface. I have also started talking to potential partners and hopefully this will result in a few meetings during the weeks to come. Something that we also discussed in the team was if we should release the application to multiple countries at the same time since that is easy to accomplish technically.

The plan is moving as expected however getting in contact with potential partners takes much more time than expected. It’s because these stores aren’t open every day and often the people working there are not the once I need to speak to so I get a phone number. Most of the time this person will give me a new number and it seems like nobody knows who I should talk to.

I will continue with the original plan and work hard on finishing the beta version of the app and find people willing to test it. As soon as we have testes the main focus will be on gathering partners and implementing our earning channels into the app. The team will also begin working on a marketing plan and spread the word of the app to local places where we live.

These months have been amazing and I now feel more confident in my ability’s to keep this project going after the summer. It gave me an opportunity to work on my project full time that gave great results! This summer will stay with me for a long time and help me allot in the future.

The hardest thing during the summer has been to adapt our product to the many upcoming needs of potential customers. We had a solution before the summer that was created without input from customers and that was a mistake. After talking to our partners we realized that allot of things had to be remade in the database and that requires allot of work. The most enjoyable part has been meeting the other leapfrog participants sharing knowledge, tips and making friends!

No it did not go as expected since during the summer we got in contact with actual customers and received new important product requirement’s. This mean we could unfortunately not reach our estimated goal that was set up for the summer. We will however continue working on the project with the help of a newly recruited front end developer and designer.

Talk to customers and users as soon as possible in a project. Especially don’t build something that takes allot of time before validating your assumptions. By doing allot of research in the beginning allot of time can be saved in the end even if all you want is to start working on the solution.

That would be to not only think but do, go out and try to confirm your problem with others instead of sitting at home thinking about it. Also try and sell your solution as soon as possible may be even before it is even completed.